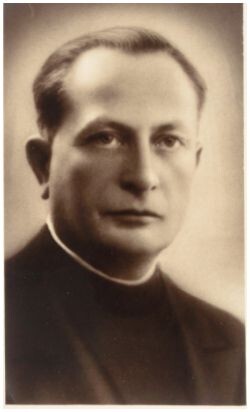 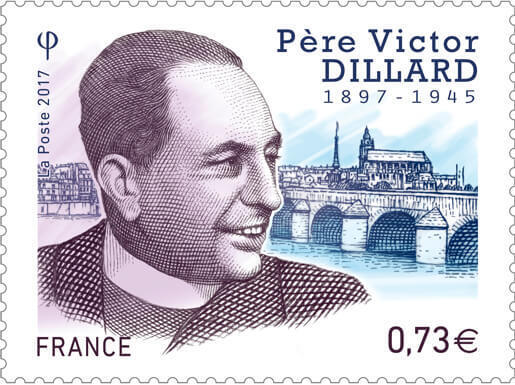 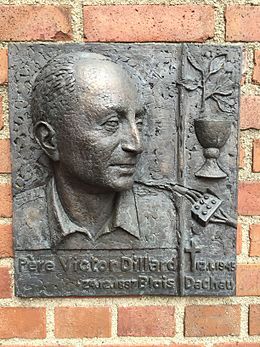 Victor Dillard was a French Jesuit, who was sent to Germany under the Compulsory Labour Service regime, where he acted as a chaplain to JOC and other Catholic Action groups before being arrested and eventually sent to Dachau where he died.

One of ten siblings, Victor Dillard was born into a bourgeois French family at Blois, not far from Orleans on 24 December, 1897.

During World War I, he served as a second lieutenant with the French army.

After the war, he joined the Jesuits in November 2019, studying theology, law and economics before being ordained in 1931.

In 1937, he was appointed to work with the Jesuit social organisation, Action Populaire, and wrote numerous articles for their journal as well as other Jesuit and Catholic magazines.

When World War II broke out, he became an artillery captain but was captured and made a prisoner in 1940 before escaping.

In 1941, he successfully defended his doctoral thesis on the subject "The evolution of money in France."

With France now occupied, he began to encourage members of the Resistance and visited political prisoners, activities that drew the attention of the Gestapo.

He considered taking refuge in North Africa. However, the German occupiers imposed Compulsory Labour Service (STO), he decided to join the worker prisoners where he acted as a clandestine chaplain.

After obtaining false papers showing him as a civilian, he was sent to Wuppertal, Germany in October 1943, he worked as an electrician at the Siller und Jamart factory.

On 22 April, 1944, he was arrested under the Nazi decree of 3 December 1943, which targeted French Catholic Action groups organising among French workers in Nazi Germany, for "carrying out anti-German policies in the camp". He was interrogated at the Gestapo premises in Wuppertal, then by the police in Barmen.

Eventually his religious status was exposed causing him to be sent to the Dachau Concentration Camp on 28 November, 1944 as prisoner No. 134064.

He died there of advanced phlebitis on 12 January, 1945, just days before the deaths of Belgian JOC lay co-founders, Paul Garcet and Fernand Tonnet.

After the war, Fr Dillard was posthumously made a Knight of the Legion of Honour .

In 1949, his name was engraved in the Pantheon on the list of "197", writers who died as a result of World War II or in deportation.

The French government issued a stamp in his honour in 1997.

He is one of 50 French Catholic Action workers and chaplains whose cases for beatification have been sent to Rome.