A leader of the National Catholic Girls Movement, later the Girls YCW in Australia, who became an extension worker in India

In 1959, the NCGM also changed its name to YCW Girls movement.

That year she also attended a conference of the World Assembly of Youth (WAY) in Accra, Ghana.

Following that meeting, Betty went to India and became an extension worker for the YCW there.

While in India, she also played an instrumental role in the founding of the Indian YCS movement.

SOURCES
An interview with Betty King of Australia (YCS-YSM India) 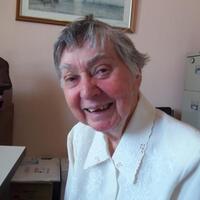