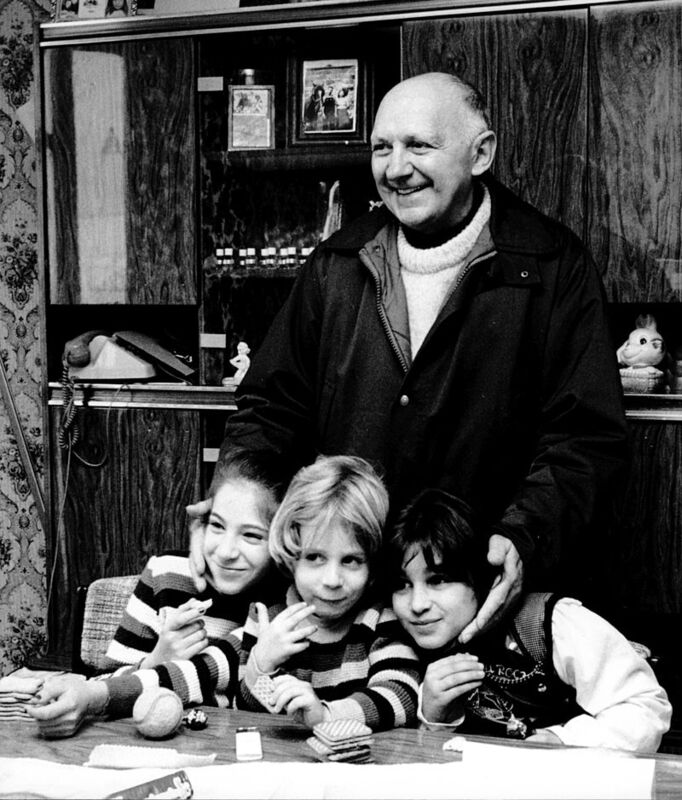 Joseph Wresinki was a French JOC leader, who became a priest and founded the ATD-Quart Monde movement to work with the "Third World in the First World."

Joseph Wresinski was born in 1917 to a Polish father and a Spanish mother in a poor neighbourhood of Angers, France. He grew up in a family which suffered from great poverty and social exclusion.

There he joined the local JOC - YCW before deciding to study for the priesthood.

In 1946, he was ordained as a priest and served in industrial and rural parishes where, right from the beginning, he related to the most deprived families.

In 1956, he was assigned by his bishop to be a chaplain to 250 familes placed in a emergency housing camp in Noisy-le-Grand, near Paris. The families lived in quonset huts erected in a muddy field. He said about his years in Noisy-le-Grand: "The families in that camp have inspired everything I have undertaken for their liberation. They took hold of me, they lived within me, they carried me forward, they pushed me to found the Movement with them."

In 1957, Father Wresinski and the families of the camp founded the first association which was later to become ATD Fourth World. They replaced soup kitchens and the distribution of old clothes with a library, a kindergarden and a chapel. Joined by the first few volunteers, he soon created a research institute on extreme poverty which brought together researchers from different countries and disciplines.

Since it started, the development of ATD Fourth World has been inspired by Father Joseph’s own experience as a child in a poverty-stricken family and by his daily contacts with very poor families and members of the Movement’s Volunteer Corps.