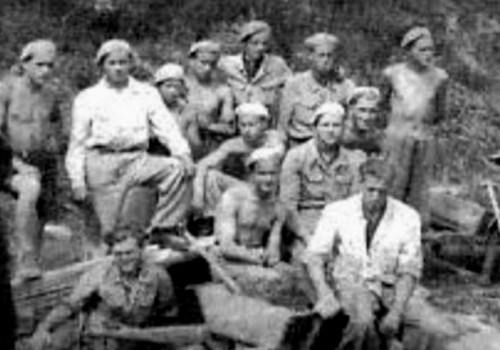 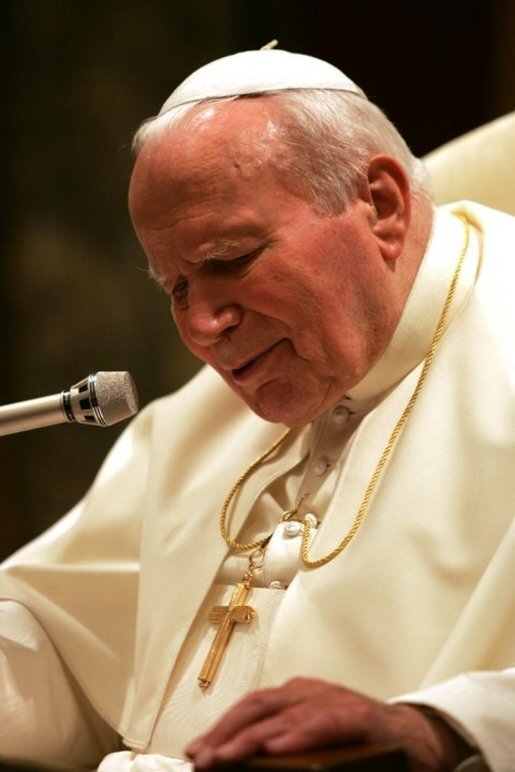 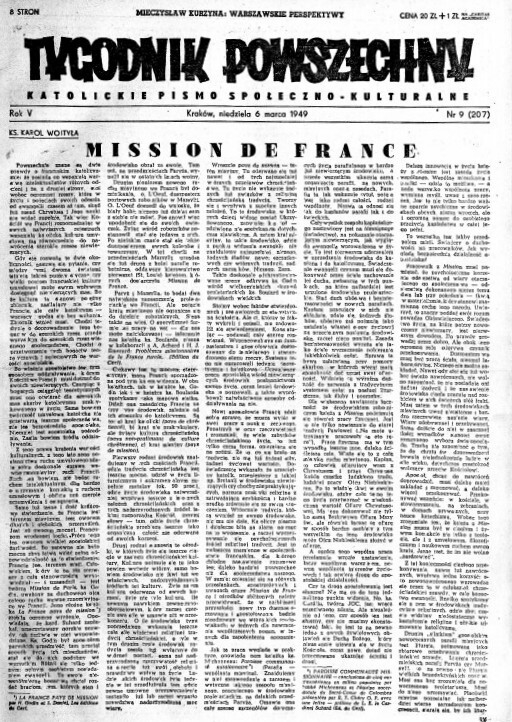 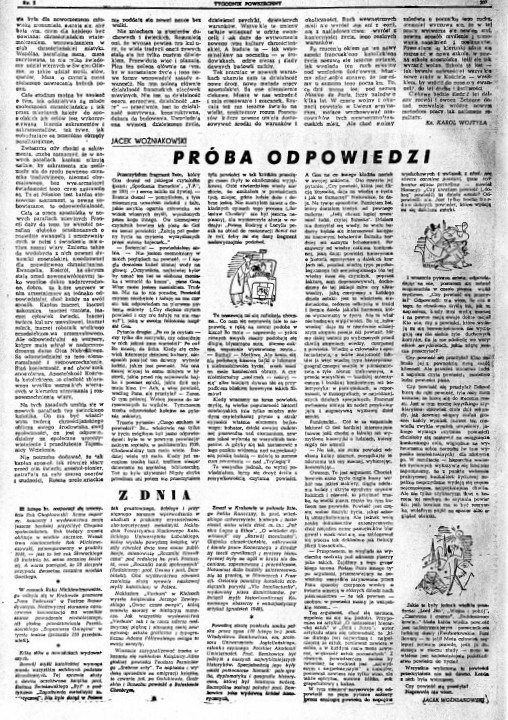 Karol Wojtyla (Pope John Paul II) first met Cardijn on a visit to Belgium in 1947. They subsequently met several times in Rome. He was also close to Marcel Uylenbroeck and Pat Keegan.

Born in Cracow, Poland in 1920, Karol Wojtyla gained experience as a worker during the difficult and tragic years of German occupation of Poland during World War II.

From 1940 to 1944, he worked as a messenger for a restaurant, a manual labourer in a limestone quarry and for the Solvay chemical factory. It was during this period that he began to think of the priesthood and he in fact began his seminary studies.

He was finally ordained in 1946 after the war's end. Soon after he made a trip to Belgium and France where he made contact with the JOC and with the worker priests.

On his return he wrote an article for the Polish Catholic journal Tygodnik Powszechny on the Mission de France, the prelature founded with the objective of reaching out to the working class.

It is said that he wished to create the YCW in his home diocese of Cracow, however, Poland was under communism by this time, severely limiting his opportunities.

Indeed, in 1947 he visited the International Secretariat of the YCW in Brussels and spent a week being hosted by the movement.

Later while studying in Rome, he lodged at the Belgian College where he again met Cardijn during the regular visits of the latter to the Vatican as well as returning to Belgium for further visits.

After Vatican II, Wojtyla wrote his book Sources of Renewal on the implementation of Vatican II and specifically mentions Cardijn's See Judge Act as the methodology of the lay apostolate.

Citing Paragraph 29 of Apostolicam Actuositatem, the Decree on the Lay Apostolate, Wojytla writes:

"These words sum up the modern idea of the lay apostolate (voir, juger, agir) associated first and foremost with the Jeunesse Ouvrière Chrétienne (JOC) under the guidance of the famous Fr J. Cardijn, who was raised to the Cardinalate during the period of the Council." (p. 362)

As a member of the newly created Pontifical Council for the Laity, Cardinal Wojtyla became close to the international YCW chaplain, Canon Marcel Uylenbroeck. Later as pope, he wanted to make Uylenbroeck archbishop of Malines-Brussels, but Uylenbroeck was already suffering from the cancer that would kill him.

Wojtyla was also close to Patrick Keegan, first international president of the YCW.