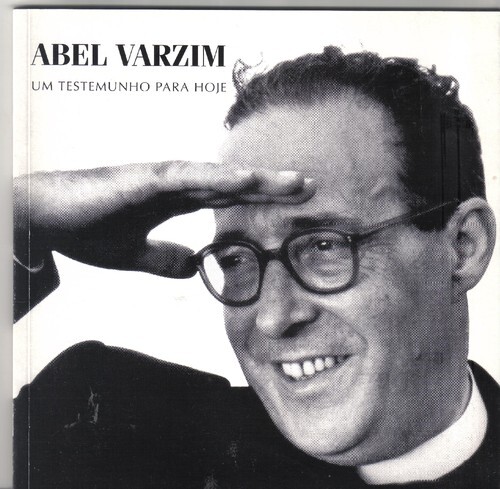 Abel Varzim was a Portuguese priest who studied in Belgium where he met Cardijn. Upon his return, he founded the Liga Operária Católica (Catholic Workers League).

Fr Abel Varzim was born in 1902 in Cristelo (Barcelos) in the Portuguese Diocese of Braga.

He was sent to teach in a minor seminary in Serpa where he remained for five years, taking part in the launch of the Scout movement in the region.

Fr Varzim then went to the University of Leuven where he studied political and social sciences, writing a thesis on the the Belgian Farmers' League, the Boerenbond, entitled "Le Boerenbond belge", which was published by Desclée De Brouwer in 1934.

After this stay in Serpa, he went to the University of Leuven in Belgium , which tore him new perspectives and opened wider horizons.

It was during this period that he made contact with Joseph Cardjn and the JOC, and also got to know Hergé, author of Tintin.

From 1934, he became a radio broadcaster.

He took part in the founding of the Liga Operária Católica (Catholic Workers League) as a Specialised Catholic Action movement.

In 1939, he was appointed director of the Economic and Social Secretariat of Catholic Action and he became Chaplain General to the Specialised Catholic Action movements in 1948.

He suffered greatly under the Estado Novo dictatorship of Salazar.