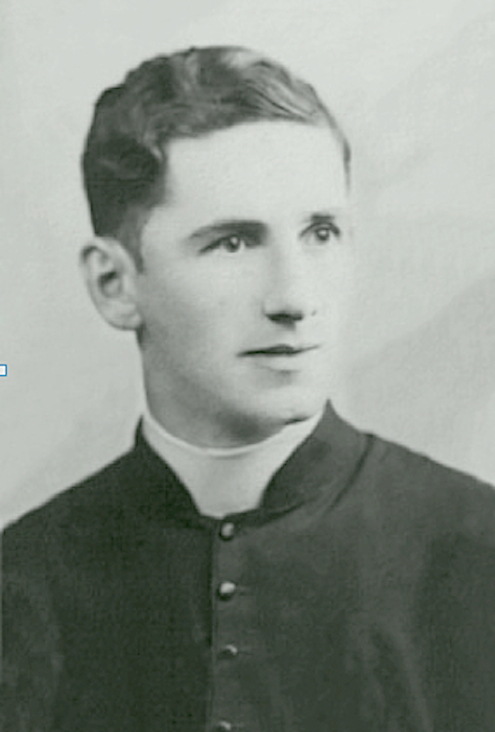 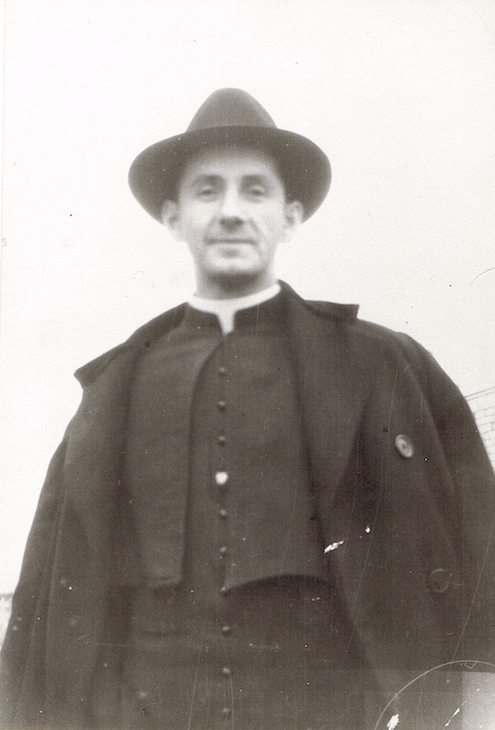 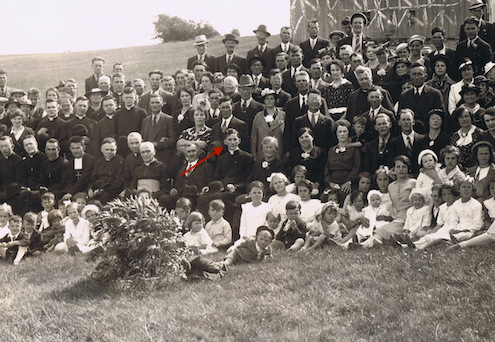 Albert Quirion was a pioneer chaplain of the JAC in Canada. In 1955, he was killed by hitchhikers he had picked up.

Born at Saint-Georges de Beauce, Canada, on 21January 1911, Alfred Quirion began his theological studies at the age of 12 in Quebec.

He was ordained by Cardinal Jean-Marie Villeneuve on 8 June 1938 and became curate at St Isidore in Dorchester.

From 1942-44 he served as curate at Saint-Samuel de Frontenac.

In 1944, he was appointed assistant chaplain of the J.A.C. (Rural YCW), for the Diocese of Quebec.

Two years later in 1946, he was appointed as the first fulltime JAC chaplain and remained in the role until 1951.

In 1948, he was sent on a mission to extend Catholic Action to Western Canada. After that trip, he requested Archbishop Maurice Roy for permission to go and work in Alberta.

In 1949, Bishop Maurice Baudoux appointed him as parish priest of the parish of Vilna in Alberta.

In 1952 he was also appointed direction of Rural Action in the Diocese of Saint-Paul, Alberta.

Fr Quirion became known for his generosity and for using most of his salary for the most needy.

He did not, he said, need anything for himself and lived in absolute poverty.

In fact, he ate so little that Archbishop Baudoux had to insist that he eat at least one complete meal per day.

In December 1954, he resigned as JAC chaplain and director of Catholic Action to dedicate himself to building a new church in St. Edward.

At the beginning of January 1955, Fr Quirion drove five seminarians 1500 miles to the Archdiocee of St Boniface, Manitoba.

He began his return journey on Sunday 9 January, dropping Archbishop Baudoux off at 1.00pm.

Two hours later he picked up three hitchhikers to Portage-la-Prairie.

And at around 4:00 pm, he was shot three times in his car near the town of Brandon.

1923: Starts high school in Lévis; then theology at the seminary of Quebec.

1938: Ordained a priest by H.E. Cardinal Jean-Marie Villeneuve on 8 June.

1944: Appointed assistant chaplain of the J.A.C., for the diocese of Quebec.

1949 - 1950: Bishop Maurice Baudoux appoints him pastor of the parish of Vilna in Alberta.

1952: Appointed director of Rural Action for the territory of the Bishopric of Saint-Paul, Alberta

1954: In December, he resigned from his post as chaplain of the J.A.C. and director of Catholic Action, to devote himself to building a new church in Saint-Édouard.

1955: At the beginning of January, Father Quirion set out on a 1,500 mile journey to
escort five seminarians to the archdiocese of Saint-Boniface in Manitoba.

1955: On Sunday January 9, he hit the road to return to his parish in Alberta.

3:00 pm: He picked up three hitchhikers in Portage-la-Prairie.