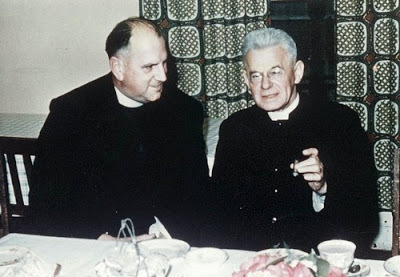 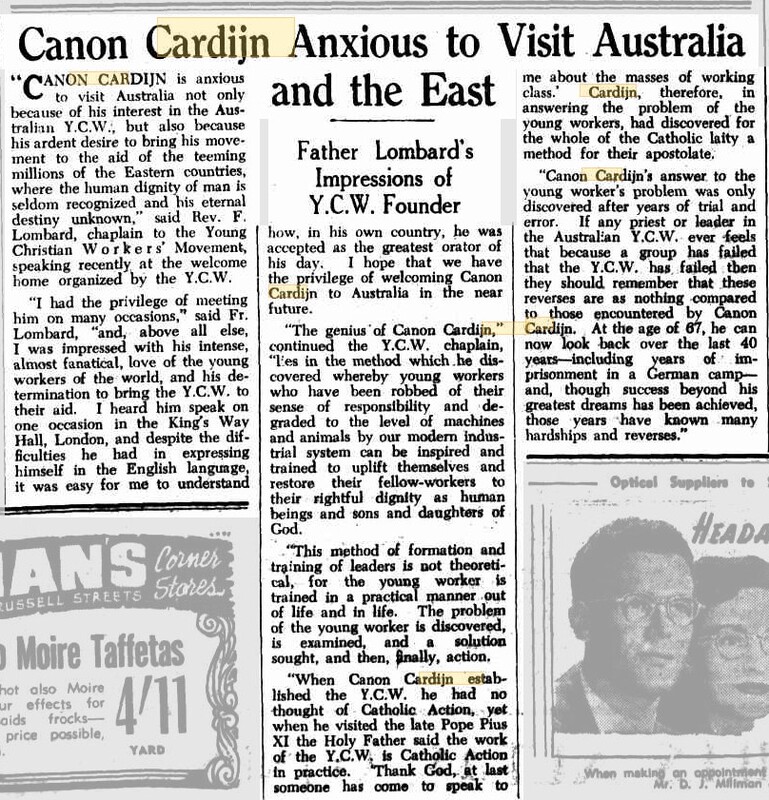 Fr Frank Lombard was the founding chaplain of the Melbourne and Australian YCWs.

Born in Melbourne, Australia, on 26 April 1911, Fr Francis William Lombard studied at St Kevin's College, Toorak, and Corpus Christ Seminary, Werribee, before being ordained to the priesthood on 26 July 1936.

During the late 1930s, he learnt of the YCW, particularly from Kevin T. Kelly, an Australian lay man who had published a brochure on the movement.

While an assistant priest at Northcote in Melbourne's north, he received approval in 1940 from Archbishop Daniel Mannix to establish the Young Christian Workers movement in the archdiocese and was named its chaplain.

In 1942 he was appointed priest in charge of the parish of Collingwood to test the YCW. in an industrial area. When the movement spread to other States under the direction of the coadjutor archbishop Dr Justin Simonds, Lombard was made national chaplain.

By October 1943 the YCW had expanded to forty-seven leaders' groups and over four thousand members in Melbourne. It also ran recreational and sporting activities, and later sponsored housing and trading co-operatives.

During 1949-50 Lombard visited Europe where he met Cardijn, Patrick Keegan and other YCW leaders, who also impressed him.

He resisted attempts by B. A. Santamaria's attempts to use the YCW as a recruiting-ground for his anti-communist Catholic Social Studies Movement, insisting, like Cardijn, that the YCW avoid politics and act independently.

In England, in March 1950, he secured British agreement for young immigrants to come to Australia.

In January 1955, he retired from the YCW in ill health and became parish priest at Clayton. He suffered a heart attack in 1960 and died of coronary vascular disease on 28 July 1967, four days after Cardijn's own death.

The YCW Co-operative Centre in Melbourne was named after him.