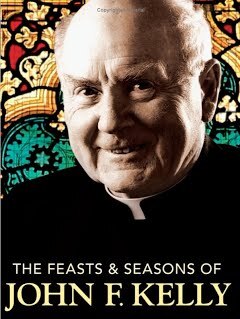 John F. Kelly was a Melbourne priest, who discovered the JOC through his reading of French literature. He translated many articles into English and edited the YCW Leaders Bulletin for many years.

n on 15 December 1910, John F. Kelly became a priest of the Archdiocese of Melbourne, Australia.

Ordained in 1935, he was appointed to his first parish in Kyneton in central Victoria in 1936.

In 1939, he was appointed to the parish of St Mary's in West Melbourne.

An avid reader of French literature, he discovered the JOC.

Concerned with the way in which young workers lost their faith upon entering the workforce, he became convinced that "the need of an Australian JOC is urgent."

Along with another priest, John Cleary, he began translating JOC texts into English, assisting the foundation of the Australian YCW.

In October 1939, he began a YCW team of his own, one of the earliest to be formed in Melbourne and indeed in Australia.

In March 1940, he began editing the JOC Chaplain, a publication based on Cardijn's Notes de Pastorale Jociste in Belgium.

For many years, John F. Kelly edited the monthly YCW Leaders Bulletin, modelled on the Bulletin des Dirigeants of the Belgian JOC.

In this way, he played a key behind the scenes role in the spread of the YCW in Australia.

Later as director of education for the archdiocese, he introduced jocist concepts into catechetical publications.