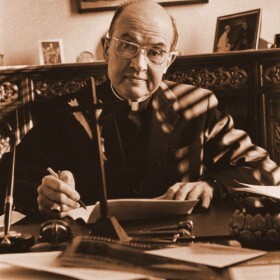 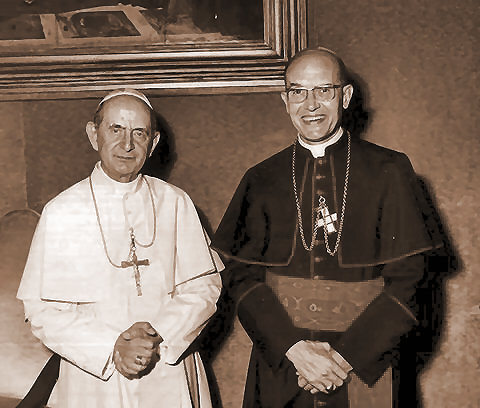 Jean Jadot was a Belgian JEC chaplain, who later became a Vatican diplomat. He also collaborated with Cardijn during Vatican II.

His father, Lambert, was a noted electrical engineer who worked around the world, including China and the Congo.

Despite his father's opposition, Jadot then entered the seminary of the Archdiocese of Mechelen, and was ordained to the priesthood on 11 February 1934.

He began his pastoral ministry in the parish of Etterbeek, a suburb of Brussels.

During this period, he was a member of the editorial board of La Cité Chrétienne, a journal founded by Jacques Leclercq; and was responsible for the section "The Church in the World".

He wrote his articles under the pen name of Augustin Drufosse.

At the request of Pierre Harmel and Jean Vieujean, he became chaplain of the JIC in 1939 and then of the JEC.

After the war, he became one of the founders of La Revue Nouvelle.

Simultaneously he was appointed as chaplain to the School of the Second Lieutenants of Infantry at Tervuren, before becoming chaplain of the Royal Military Academy, then in 1952 Chaplain General of the Public Force in Congo, a role he exercised until the independence of this country in 1960.

During this period, he also preached a retreat to a young non-commissioned officer, named ... Joseph Mobutu.

After returning to Belgium, he was appointed to lead the Pontifical Mission Societies.

His life had a new turning point in 1968, when he accepted to become Apostolic Delegate in Bangkok.

On 23 February 1968, he was appointed by Pope Paul VI as titular archbishop of Zuri as well as the apostolic delegate to Laos, Singapore and Malaysia. He was consecrated by Cardinal Leo Joseph Suenens on 1 May 1968.

Jadot was regardeds as a progressive leader in the American Church. Jadot was viewed favourably under Pope Paul VI, who rejected Jadot's initial offer to resign as nuncio.

On 27 June 1980, Pope John Paul II appointed him the Pro-President of the Secretariat of Non-Christians, a position normally held by a cardinal.

Pope John Paul accepted his resignation on 8 April 1984, a few months shy of his 75th birthday.