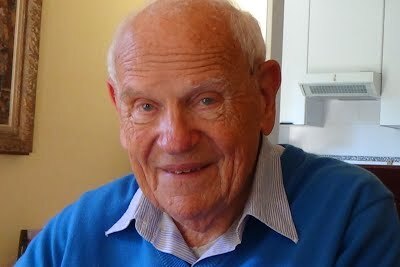 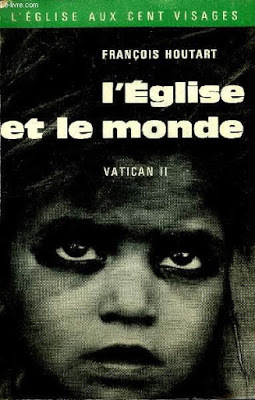 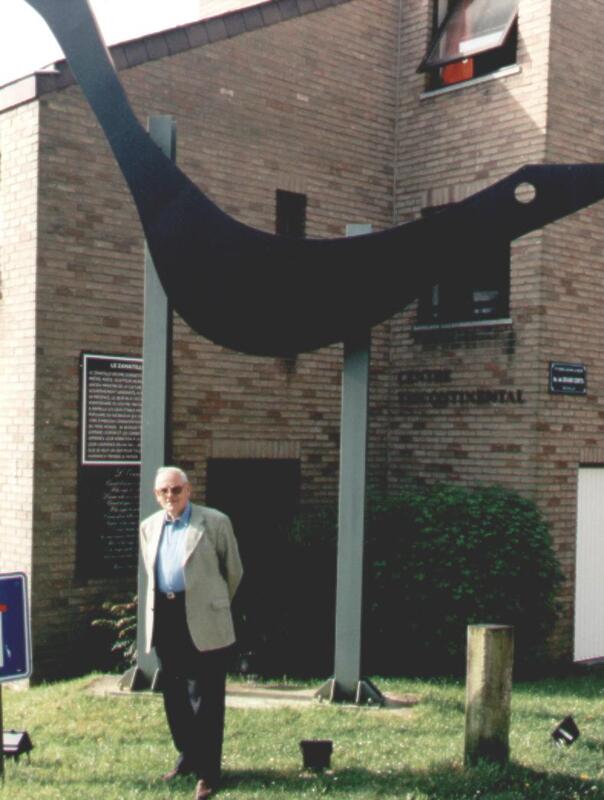 François Houtart was a JOC chaplain and close collaborator of Cardijn and the movement. As a peritus at Vatican II, he prepared the first draft of the introductory statement on the situation of people in the world for Gaudium et Spes.

As a seminarian during World War II, he joined the Belgian Resistance movement.

He first began to collaborate with the JOC almost as soon as the war was over.

One of his first missions was to accompany a visiting young Polish priest Karol Wojtyla who wished to learn about the JOC and the worker movement. While he was studying in Rome, Fr Wojtyla continued to visit Belgium regularly and Houtart accompanied him on visits to mines and factories around Belgium.

In 1949, Houtart was ordained as a priest for the diocese of Malines-Brussels. He became chaplain to young workers hostels founded by the JOC.

Meanwhile, inspired by the jocist see-judge-act method, he continued his studies in the field of sociology, later becoming a professor of sociology at the Catholic University of Louvain-la-Neuve.

In the early 1950s, the JOC Internationale requested that he prepare reports on the situation in Latin America, beginning Houtart's life long commitment to the Third World and particularly Latin America.

In 1956, the JOC Internationale asked him to help organise and collate an international enquiry on the religious situation of young workers around the world in preparation for the First World Council of the JOCI in Rome in 1957.

Shortly afterwards he began a similar and much larger sociological study of religion in the whole of Latin America, later published in 43 volumes.

From 1960, he began to work regularly with the emerging Latin American Bishops Conference (CELAM) with whom he continued to work as an adviser during Vatican II.

During the Council, Fr Houtart was officially appointed as a peritus in which capacity he also became the secretary of the Signs of the Times Sub-Commission responsible for the drafting of the introduction to Gaudium et spes.

In preparing the first draft for the Sub-Commission, Houtart drew on his book L'Eglise et le Monde which he had published in 1964.

Later he testified to the jocist influence at Vatican II.

After the Council, Houtart continued his involvement with the Latin American bishops including at the CELAM conference in Medellin, Colombia, in 1968, where the bishops called for a "new evangelisation" based on the jocist see-judge-act method.

As professor at Louvain, he taught a number of well-known figures, including the Colombian revolutionary priest, Camillo Torres, and Rafael Correa, now the president of Ecuador.

He founded the Centre Tricontinental (CETRI) at Louvain-la-Neuve to institutionalise the study of the issues and problems of the three continents of the Global South, South America, Africa and Asia.

In 1976, he played an important role in the drafting of the Universal Declaration of the Rights of Peoples. He was also heavily involved in the Permanent People's Tribunal.

He was a key organiser of the Alternative Davos conference in Switzerland in 1999, which was the precursor to the founding of the World Social Forum at Porto Alegre, Brazil in 2001.

In 2009, he was awarded the UNESCO Madangeet Singh prize for the promotion of tolerance and non-violence "for his exceptional efforts to promote social justice in the world."

In 2010, he was also nominated for the Nobel Peace Prize.

It was during this period it was revealed that he had molested a young relative some forty years previously, an offence that he admitted. Although he offered his resignation from the priesthood at the time of the offence, his offer was not accepted.

Later he wrote of his regret at his "irresponsible" act, saying that the event had also greatly affected him personally because he was "conscious of the contradiction that it signified between my Christian faith and my role as a priest to which I was deeply attached."

In the wake of this revelation, he resigned from CETRI.

However, he continued his work from his base in Quito, Ecuador.

In 2012, he helped prepare a draft "Universal Declaration on the Common Good of Humanity."