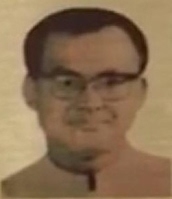 Fr Joseph Ho was national chaplain to the Singapore YCW.

Born on 26 October 1929, Fr Joseph Ho Chin Hian was a priest of the Singapore Diocese.

Chaplain of the Singapore YCW during the early 1970s, he was one of the first local priests to leave the comfort of the presbytery to live among the poor.

As a parish priest in the Jurong industrial area, he worked closely with community organisers from the Jurong Industrial Mission.

He was also a member of the Diocesan Council on Lay Apostolate and the Justice and Peace Commission.

In 1987, he defended the arrested Church and community workers, including Justice and Peace worker, Vincent Cheng, YCW fulltimer, Tang Lay Lee, and others, who had been arrested for an alleged "Marxist conspiracy" against the government.

"Previously, seminarians studied social analysis in the classroom," Father Ho told UCAN in 1985. "We thought it would be more useful for them to actually meet people who are involved in working for justice in society. They can find out what the aims of these groups are, their history and how they work in the Church."

"Even as priests, seminarians may not get a chance to meet the national teams of these lay groups," Father Ho said, "so this is a good introduction for them if they should want to get involved with the groups later on."