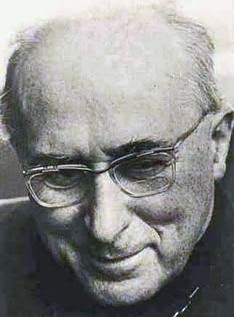 A founding chaplain of the JOC in Lyon, later became known as the "worker bishop" after he began part-time work in a factory.

From 1933 to 1944, he taught metaphysics at the Facultés catholiques de Lyon.

In 1942 he became superior general of the Prado fathers.

The same year, with the support of Cardinal Gerlier, he and several other Prado fathers established a Prado worker-priest community in Gerland, a working class area of Lyon. The experience lasted five years.

In 1950, the International YCW invited him as a speaker at its World Congress in Brussels.