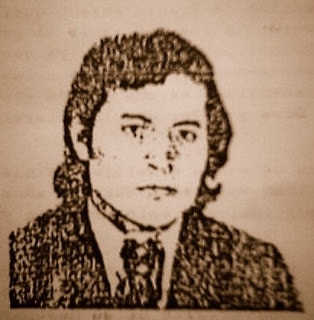 An Argentine JOC leader originally from Paraguay, who "disappeared" in 1977.

Daniel Esquivel Antero was born on January 3, 1945 in Quyquyó (Republic of Paraguay).

In Paraguay was a member of the Young Christian Workers (JOC-YCW). In February 1970 he emigrated to Buenos Aires in search of steady work, settling in the area of ​​Villa Fiorito. Along with other young compatriots, he founded the Young Catholic Workers Paraguayan Immigrants. Later, at Easter 1970, he encouraged and promoted the foundation of the Paraguayan Ministry Team in Argentina (PPA).

He worked as a construction worker, a painter, and as an electrician.

His humble and dignified poverty did not prevent at least share what it has and bring a message of hope to those who needed it. Experience many times the pain and embarrassment of spoliation, being assaulted many times, sometimes violently. But nothing dented his daily dedication to the Gospel of Jesus Christ, in his devotion to the Virgin of Miracles Caacupé, patron saint of Paraguay, nor in serving the poor and needy.

He lived the last years of his life in the diocese of Lomas de Zamora.

On 1 February 1, 1977 he was snatched from his home during the violence that engulfed Argentina during that period.

A few days later, in his Lenten pastoral letter read in all parishes and churches in the Diocese of Lomas de Zamora, the then Bishop, Monsignor Desiderio Collino Elso publicly denounced the disappearance of this noble son of Paraguay.