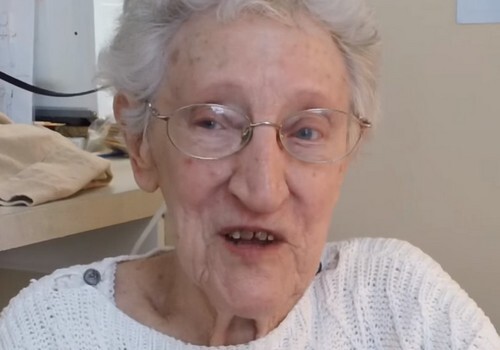 US YCW leader, who went to Europe where she worked with the Austrian YCW, the Belgian JOCF and the JOC Internationale before going to South Africa, where she also helped organise young workers.

Flo Triendl first heard of the YCW at a Chicago meeting organised by Catholic Relief Services in 1947.Soon after she founded or re-founded the YCW in her home town of Toledo, Ohio.

In 1948, she went to work in Europe as part of the post-war reconstruction effort. There she came in contact with the Austrian and German YCWs.

For six years, Flo translated at international YCW bureau meetings as well as at private meetings of Cardijn, Pat Keegan and Marguerite Fiévez.

Following the first International Council and pilgrimage to Rome in August 1957, Flo was asked to go to South Africa and work as an extension worker among the local black community, which she did.

From 1957 to 1961, she worked with Eric Tyacke, Jean Pew and others the YCW expanded from 20 to 100 groups, mostly among the black community and at the height of the apartheid regime.

Afterwards she worked as a community organiser in Durban until 1970.

She then returned to the US where worked as a social worker in Florida until her retirement.