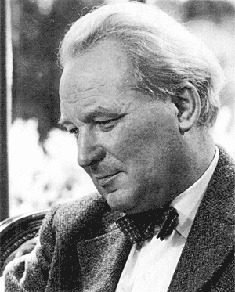 After the Second World War began Vanistendael a career at the International Federation of Christian Trade Unions (ICFTU later WCL - World Confederation of Labour) and was in 1947 Deputy Secretary-General. In 1952 he became Secretary General of the ICV. Stimulated by the ICV Vanistendael widened his horizons. Even unions that were inspired by other world religions could after the congress of 1959 in Saigon connect.

Vanistendael went further. Even new unions from the new countries of South America , Africa and Asia joined. Vanistendael traveled to these countries and founded there training institutes for new leaders and executives. From the ICV were debates about the course of development and the need for development aid to these countries. In 1968 it changed its name to the ICV more neutral World Confederation of Labour .

Vanistendael enjoyed great respect and became the personal advisor of the West German Chancellor Konrad Adenauer and Cardinal Joseph Frings , the archbishop of Cologne . During the Second Vatican Council , he was one of a lay auditor..

Vanistendael was in 1961 the founder-president of the organizations Cooperation and Solidarity that scholarships issued it to students from developing countries and Pro Mundi Vita , a study and information center for development. In1963 he was appointed lecturer at the Institute for the Study of Developing Countries at the Katholieke Universiteit Leuven . He continued to teach until 1976 .

In 1975 he became president of Caritas Catholica Belgica and remained until his retirement in 1983 . Even then he stayed active in organizations like Pax Christi .

In 1983 was August Vanistendael by King Baudouin appointed Minister of State , and in 1988 he received an honorary doctorate at the University of Leuven .

August Vanistendael was also a well-known writer of poetry . He spent three poems from: