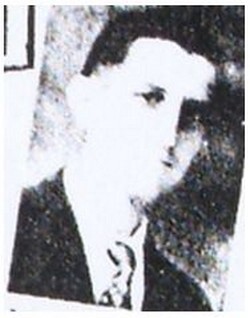 A JOC leader from Paris, who was sent to Germany under the forced labour regime. He became a leader in a jocist network leading to his arrest and eventual transfer to Peenemunde, where he died.

Born at Peret Bel Air in the Corrèze region on 10 October 1914, Marcel Touquet moved to Clichy, just north of Paris, where he began work as a storeman.

He also joined the JOC at Clichy, the parish where the JOC had begun in Paris in 1927. Soon after he began a federal (regional) leader with the Nanterre JOC.

He was called up for military service during World War II and served on the front near Sedan in 1939-40.

He married in October 1942. However, just two months later, he was sent to Germany under the compulsory labour service (STO) scheme even though his wife was already pregnant.

In mid-December, he arrived in Berlin, where he began work in a factory and joined a jocist network organised by Marcel Croci.

Touquet also continued to stay in contact with his Paris parish priest, Fr Louis, who was also a resistance leader. Touquet began to supply information to this network.

He was eventually arrested on 25 August 1944 not for spying but under the Nazi Decree of 3 December 1943 targeting Catholic Action leaders.

He was deported to the Oranienbourg-Sachsenhausen camp then transferred to Ravensbruck with No. 11403 and finally to Peenemûnde.

Later he was transported in a convoy of locked wagons containing 300 ill prisoners who were abandoned in a forest.