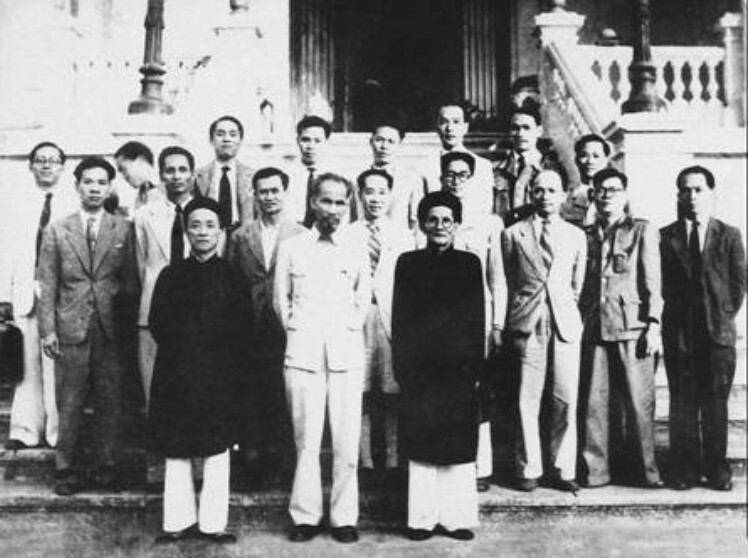 Founder of the JOC in Vietnam.

The founder of the Vietnamese YCW, Nguyen Manh Ha, was born in the town of Quy Suu in Hung Yen province in 1913.

His father was a doctor who took part in World War I and stayed on in France. As a result, Manh Ha also lived much of his life in France as well as in Switzerland.

After completing his baccalaureat, he studied law and politics at the University of Paris. He followed this by graduating from the Institute of Political Science (Sciences Po) and also obtained a doctorate in law.

Manh Ha married the daughter of Georges Marrane, the Communist mayor of Ivry a working class neighbourhood on the outskirts of Paris who later stood as the Communist Party candidate in the French presidential election of 1958.

He then returned to Vietnam where he was appointed by France’s Popular Front government as a Labor Inspector in the industrial port city of Hai Phong.

In 1943, he became economic director and labor inspector for Tonkin as the northern part of Vietnam was then known.

In this role, he helped resolve a 1945 famine in Hai Phong leading to his recognition as a “saviour” of the people.

As a result of this, in August 1945, he was called upon to collaborate with the first national government under Ho Chi Minh following Vietnam’s declaration of independence from France.

On 2 September 1945, he was appointed Minister of National Economy in the Viet Minh Provisional Government of the Democratic Republic of Vietnam.

In 1946, he was elected to the Vietnamese National Assembly to represent Hung Yen.

During this period, he was given the mission of conducting negotiations with France regarding Vietnamese independence.

He then returned to Hanoi where he joined the National Resistance. Because his wife was French, the colonial government did not dare to arrest him. But, in 1951, since he was regarded as siding with the Viet Minh, he was deported to France on the orders of General Jean de Lattre de Tassigny, the commander of French troops in Vietnam until 1951. He spent the rest of his life in Europe.

In 1947, he issued an Appeal to French Catholics published in the magazine, Témoignage Chrétien.

We hope that French Catholics, by common agreement, will raise their voices to defend justice, charity and peace. In the wake of shootings and killings, peace is necessary. Genuine peace based on the spirit of Christianity.

The essential condition is that Vietnam should be treated with the respect that the Gospel counsels in relation to nations as well as persons. It is France, which since it has the arms of war, also has the great responsibility of building peace. Peace with Vietnam and not peace based on the requirements of the French nation.

May French Catholics not back away from their responsibilities.

Once he returned to France, Manh Ha continued to work for the Vietnamese cause, championing the notion of a “Third Force” to bring peace to Vietnam.