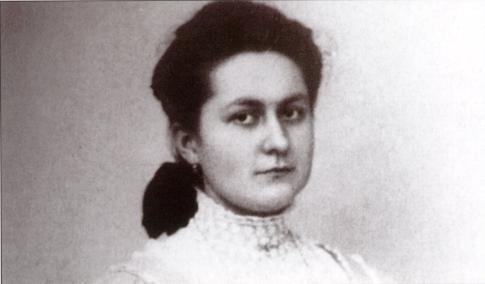 Madeleine De Roo was born in Dottignies, Belgium into a bourgeois Catholic family from Kortijk (Courtrai) on 8 July, 1888. Her father was a veterinarian who later became Inspector General at the Ministry of Agriculture. The family moved to Laeken where Madeleine became involved in social work under the direction of Fr D. Corvilain.

When Cardijn was appointed as a curate at Notre-Dame de Laeken parish in 1912 and given the task of organising women's projects, Madeleine De Roo began to collaborate with him.

In August 1912, they founded a study circle for young bourgeois women who also desired to get involved in the social apostolate. This circle gradually became a centre of coordination for all local women’s activities.

By the time World War I broke out in August 1914, the Laeken wormen’s projects included several unions as well as a second study circle known as the “petit syndicat” or “little union”, a women’s league and mutual societies affiliated to the Sainte-Gudule Federation. Thus Madeleine De Roo quickly came to have a central role in the Laeken social apostolate.

In August 1918, she was appointed director of the Secretariat of Christian Women's Social Works for the Brussels district of the Archdiocese of Malines, leading to the affiliation of female parish works there.

However, gradually, a growing desire emerged to found a separate organisation for young people. This led to the organisation of sections for young women in 1922. A magazine, Joie et Travail, or “Joy and Work” was also launched with a Dutch-language version, Lenteven added in 1923.

Madeleine De Roo remained actively involved in promoting the movement until 1930, giving many lectures and talks across Belgioum. In 1930, she was appointed as head of the administrative services of the General Secretariat of Christian Women's Social Works at the national level.